iOS is a mobile operating system which is developed by Apple for supporting their particular hardware like iPhone, iPod touch, and iPad. 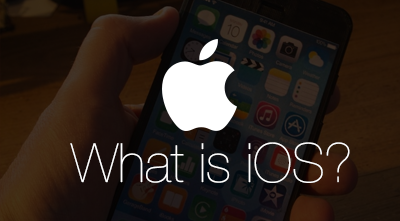 Whether you are the owner of an iPhone or an Android smartphone, you have likely stumbled upon the label of  "iOS app" when browsing new apps to download. IPhone App Developers use the term "iOS" to differentiate Android versus Apple-based phones, so users are quickly informed whether the app they are interested in is compatible with the phone they own. With mobile app development skyrocketing in the past decade, iPhone app development companies use the label "iOS" for Apple users, which stands for "iPhone Operating System".

While many applications on the market today are compatible with both iOS phones as well as Android smartphones, an iPhone App development company that specializes in "iOS only" apps label downloads to keep users from getting confused when adding new software to their iPhones or even those who are using an iPad. Whether you own an iPad or an iPhone, iOS development teams help to clarify which apps are compatible with your devices with these labels before you attempt to download them.

Both iPhone and iPad app developers use the "iOS" label for Apple products when creating new apps, making it simple to remember whenever you are in search of applications that are compatible with your owned devices. IPad app development and iPhone development do not differ much, as both devices use the standard Apple operating system that is required to run specific applications tailored for the software. Although traditionally, the "iOS" label stands for "iPhone operating service", the label crosses over to all Apple-related products which run the same operating service themselves.

One of the benefits of devices that use iOS is the increased security over Android-based phones and tablets. In order to download an application for iPads and iPhones, you must browse through a gallery of apps that have been approved by Apple itself, keeping you from downloading potential malware and viruses into the device itself. While Android allows users to download applications from unknown sources, users run the risk of security loopholes and potential spyware or viruses that have the power to infect and shut down their phone or access data without permission. Apple's iOS apps can only be downloaded from the marketplace once they are tested and approved by the official Apple company.

With any device that uses iOS, it is possible to check the version of your operating system within the settings of your phone or tablet. Most Apple products will also inform you automatically when it is time for an update for your software, allowing your device to remain compatible with new apps and potential downloads made for iPads and iPhones. If you want to check for new potential updates and downloads, visit the software settings to begin scanning for the latest version of iOS available. Always keep your iOS devices updated to ensure you do not run into potential issues or errors when browsing the app marketplace or attempting to install new software from the store itself.

Understanding the meaning of "iOS" when browsing for applications can help to expedite the process of finding apps that are not only useful to you but also compatible. Avoid the frustration of attempting to download "Android only" apps within the marketplace by quickly organizing app searches that are for iOS operating systems only or for both iOS and Android devices.