What is Front End for Mobile App?

Front End is everything that user sees on a mobile app including the design of app. 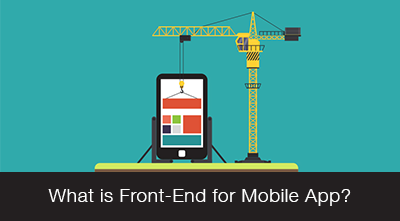 Knowing the difference between front end and backend is key in understanding what a front developer can and cannot do. The front end includes components that make up the user interface, which is what the end user will actually see when opening the app. For example, think about what users see when they open the “YouTube” mobile app. They are met with a home page that offers previews to featured videos, a search bar on the top, and a signature red border. There are also sound and video components as well, of course – what happens when a user clicks on a video or a link? Think about the visual and sensory experiences involved.

Front end development technologies include components that are made of code. Typically, this code is HTML, CSS, or even JavaScript. These are known as front end developer languages. These files will determine the color and interactive features of the front end – again, this is what the user sees and experiences when they open the app.

There are several front end app development features known as frameworks that are available to help your front developer compile all of the written code and useful files in one place in order for it to run smoothly on your final app. Some of these popular options include:

Whether your front developer needs to write a native front end or a hybrid front end, there are several developer languages and frameworks that can support these efforts. Remember that the front end includes everything your customers see, from the opening loading page to all of the menus and options available throughout the app.