What is a Software Development Kit (SDK) ? 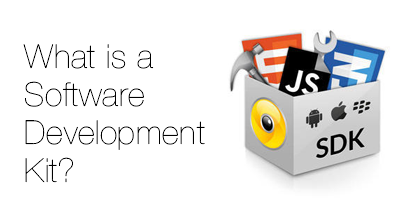 SDK stands for “Software Development Kit”, which is an exceptional way to think about a kit. Think about placing together a standard car or plane. When assembling this model, a whole kit of different items is needed, including the tools needed to put them together and the assembly instruction guide.

SDKs are the origination references for almost every program a modern user would interact with. Right from the web browser to the video games you play at the end of the day, many were first built with an SDK, even before an API was used to communicate with other applications.

This set of tools can be basically divided into 3 categories:

SDKs help the developers to enhance the websites with more operationalities and makes the process of development easier as everything is prebuilt.

What Does a Software Development Kit Contain?

The actual contents of a software development kit vary from one kit to another and are based on the common needs of developers attempting to build software for use on a particular system, device or based on a particular software package. In some ways, SDKs resemble integrated development environments, but there are a few differences.

A software development kit might include debugging facilities, as well as numerous other utilities. Those tools are actually delivered through an integrated development environment (IDE) that is built into the SDK. So, you can say that while most SDKs include an IDE, an IDE is not necessarily the same thing as an SDK.

A software development kit will also usually contain at least one API, but it may contain multiple APIs depending on the kit in question. It should also offer documentation that instructs developers on how to use the tools found within the kit.

What’s the Difference between an SDK and an API?

Spend a little bit of time in the software development world and you’ll encounter plenty of confusing names and acronyms that seem like they’re the same thing or might be used interchangeably, even though they’re not the same thing. There can be some confusion in telling the difference between an SDK, and an API.

An SDK, or software development kit, may contain an API, or even more than one API. So, all SDKs are or have APIs. However, not all APIs are SDKs. Think of it as being a question of comprehensiveness. An SDK includes all the APIs needed to create an application for a specific platform or system. An API, on the other hand, allows you to achieve just a single goal. As an example, the Java SDK includes all the tools needed to create software for the Java platform. The Java API, on the other hand, is really just a collection of libraries of the Java language.

We have an excellent example of the difference between an API and an SDK in the Facebook suite of solutions. This suite gives tools for both active users and developers. Moreover, it includes both an API and SDK, each with different functionalities and use cases.

Why Do Developers Need SDKs?

By giving a helpful and consistent mobile experience customized to the users of the particular app, then one can improve app retention and drive mobile functions. Whether your audience is employees, clients, or gamers, you can guarantee that your app gains the advantages of having a strong SDK software to satisfy your users' needs.

So, why would a developer need a software development kit? Simply to create software that will operate correctly on a particular platform or with a particular service. If the developer did not have access to the SDK, this would not be possible. In fact, it would most likely be impossible to create software that would operate at all in the environment in question. For instance, without access to the Android SDK, Android developers would be unable to create apps that worked on Android phones and tablets.

Thus, SDKs serve a very important purpose and enable the creation of new software and apps.